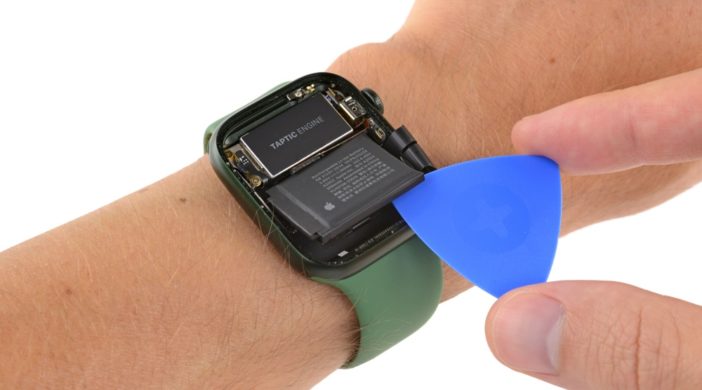 We teamed up with three former Apple engineers to supercharge our Apple Watch Series 7 teardown, and boy howdy did they deliver. This watch may not be the radical flat-sided redesign that leakers expected, but itâ€™s full of interesting unannounced changesâ€”and even hints of production troubles that likely caused a cascade of delays.

We pried every possible secret out of this watch, from the new larger batteries to the completely reinvented display techâ€”and then filmed our interview with one of the original Apple Watch architects to break it all down. You wonâ€™t want to miss this one.